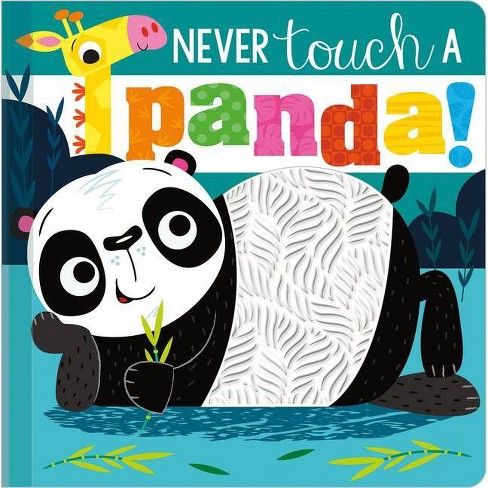 Another busy week for the Peapods. We have been discovering how much fun it is to wash our hands. Some of us are really enjoying playing and splashing the water. We get so excited that we get pretty wet and have to change our clothes! Some of us like to have the water trickle over our hands. There are so many things we can do with water.

We also are having great fun with our giant ball. We love pushing it around our room. Sometimes we bump into our friends with the ball but they don’t mind because it’s so soft.

Ms. Laura and Ms. Melissa sang “London Bridge is Falling Down” and Ms. Lu read Tracks in the Snow by Wong Herbert Yee.
We would like to wish our families who celebrate a Happy Lunar New Year!

Happy Friday everyone! We had so much creating towers with our blocks and finding different items in our Highlight Hello books. We are getting so good at recognizing cats, dogs, balls and other things in the pictures. We  used our dot markers to decorate a picture for the Lunar New Year. Our favorite book this week was Never Touch a Panda by Stuart Lynch. This book had so many different textures we could touch. Some were spiky, some were soft and some were hard. It’s going to get really icy so be safe everyone and have a great weekend!

We had a lot of fun this week! We learned about Chinese New Year and Groundhog Day. We really enjoyed being able to color a tiger to represent the Year of the Tiger and painting a groundhog. We learned that will have 6 more weeks of winter. We also started getting ready for Valentine’s Day by painting hearts. We love decorating our room and are excited to have a party on the 14th!

We played with our bubble machine and popped the bubbles with our fingers! Some of us used our dinosaurs to do it too! So silly!  The Seedlings had a great time playing in the indoor playground by playing  with the tents, tunnels, and cars! We can use up so much our energy in there!

During circle time we sang “The itsy bitsy spider“ and read  Are you a Cow? By Sandra Boynton.

Burrr!!! We have been cozy staying inside this cold week in Little Sprouts!  We brought some snow into the classroom to play with! We felt the snow and even built mini snowmen! We read lots of books with our favorite being Frozen Noses by Jan Carr. We also enjoyed playing in the indoor playground. We worked on some special Valentine’s Day crafts! We can’t wait for the warmer weather next week, and to get outside!

This week in beanstalks we talked about the letter Qq . We also celebrated Chinese New Year! We learned that this year is the Year of the Tiger! We talked about the traditions of Chinese New Year such as cleaning the house, hanging lanterns and how a dragon is a symbol of luck! We made lanterns as well as dragons. We read Bringing in the New Year. We also learned about Ground Hog Day! We read Ground Hog Day,  which explained the day to us. We also practiced identifying our names. We moved our bodies this week by doing some Morning Yoga, and playing with the parachute. We practiced our Fine motor skills using play dough, we rolled it, cu it and squished it.

Beanstalks 2 had a lot of fun learning about polar animals this week. We glued together narwhals, fluffy polar bear faces, and polar bears on icebergs. We got to feed a penguin some yummy fish (colored balls). We threw “snowballs” (cotton balls) into an ice cube tray and searched for polar animals that were hiding in our room!

We had a lot of great reads this week. Three Snow Bears by Jan Brett, Immi’s Gift by Karin Littlewood, Tracks In The Snow by Wong Herbert Yee, and their favorite this week: Penguin and Pinecone by Salina Yoon.

This week, Saplings learned all about the Lunar New Year! We learned about the special traditions that people who celebrate the Lunar New Year participate in like gathering with family, cleaning, wearing red, and more. We learned that this is the Year of the Tiger and there are twelve animals in the Chinese zodiac. The kids celebrated this special holiday by creating Chinese rattle drums, painting them red and decorating them with tigers and stickers. We used them during music time and to scare away the Nian monster!

We practiced picking up pom poms with chopsticks and cutting red paper to make paper lanterns which helped us work on our fine motor skills. We also counted how many coins were in our red envelopes, or hong bao, to practice our math skills. We also played with our sensory table which was filled with beads and pom poms of all colors.

Our favorite books this week were The Nian Monster by Andrea Wang, Ruby’s Chinese New Year by Vickie Lee, Goldy Luck and the Three Pandas by Natasha Yim, and more. Next week, we will learn all about the winter olympics.

Happy Chinese New Year! PreK-3 had so much fun learning all about the Lunar New Year! We began this week by practicing our cutting skills. We made red paper lanterns! We learned red means good luck! We painted paper plates red and turned them into dragons.

PreK 4 learned all about the Chinese New Year and Groundhog day this week. The children enjoyed learning all about what the groundhog seeing his shadow means to what color envelop is passed out for the New Year. Some facts that Intrigued the children were that the Chinese New Year is celebrated for 15 days and not just one, that there are 12 animals that represent different years and that a Dragon leads the New Year parade.

The children practiced graphing while making predictions on whether or not the groundhog will see his shadow. Then the children were able to do shadow matching to see if they could figure out which shadow matched each groundhog. The classes enjoyed doing groundhog and Chinese New Year patterns along with domino addition. A few other fun activities included upper and lowercase letter matching, number clip cards and matching the correct beginning letter sound.

The letters of the week were lowercase letters a and d. We used Handwriting Without Tears to practice forming each letter correctly. Then the children practiced creating the letters with playdoh while doing roll-a-doh. After doing both of those activities the children enjoyed created a word web. They were able to create the word web by practicing the letter sounds to figure out which words started with the letter of the week.

A few fun books that the children enjoyed reading were How To Catch A Dragon, Groundhogs Runaway Shadow, and Peppas Chinese New Year.